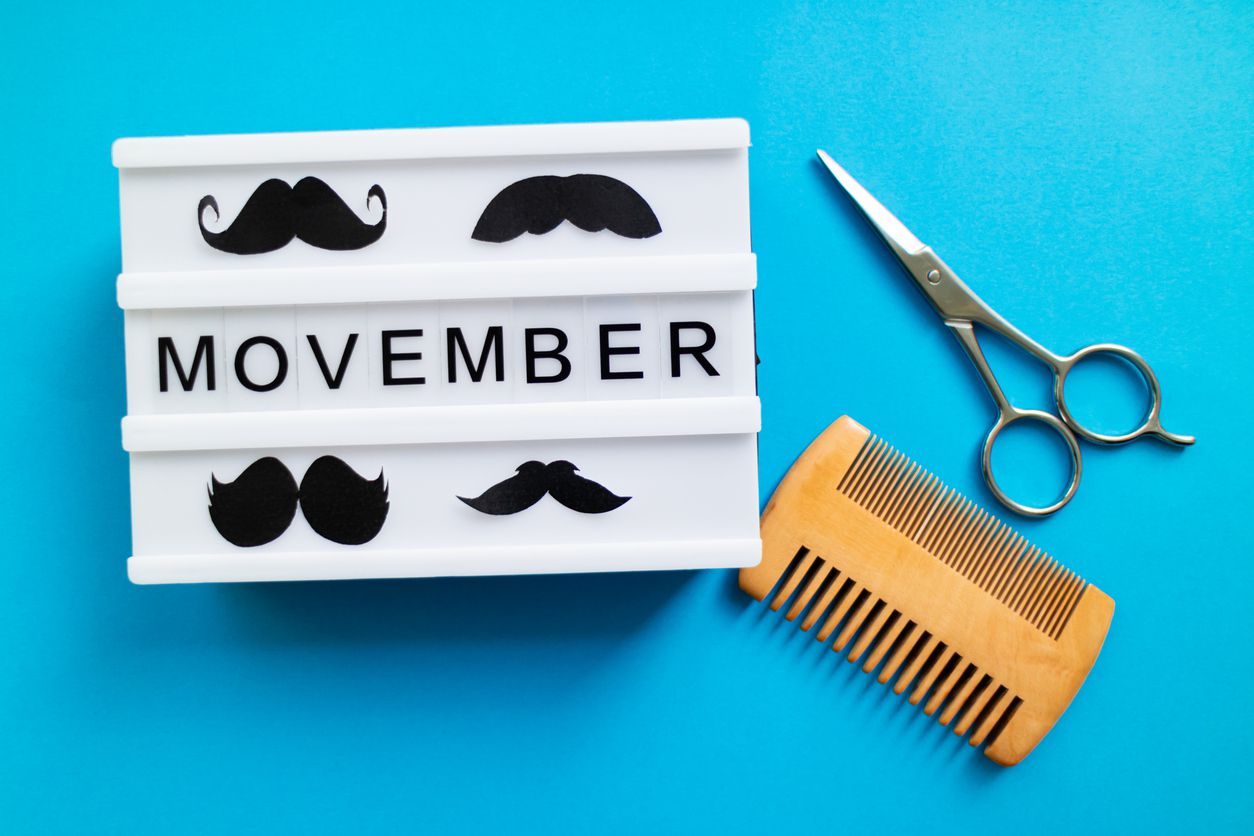 Following the breast cancer awareness month that is October, November brings our attention to men’s health. Movember is an annual fundraising event that takes place during November, where men grow out their facial hair for 30 days. The campaign is intended to raise awareness of men’s health, with a focus on mental health, suicide prevention, prostate cancer and testicular cancer. See how you can get involved and help save lives!

While some men’s health problems like prostate cancer are being addressed more often because of its commonality and it being one of the leading causes of male cancer deaths, some issues, especially mental health related, are less talked about. Men are often expected to “man up” in societies, and opening up about their own struggles and mental health issues such as anxiety, depression, panic disorders or obsessive-compulsive disorders can be perceived as a sign of weakness, not to mention suicidal thoughts. Similarly, testicular cancer often goes undiagnosed or unnoticed, particularly in its early stage, due to embarrassment or lack of awareness of the importance of performing self-checks. These issues are often swept under the rug until it’s too late. Some of the major reasons behind this are the lack of conversations, knowledge and awareness about these matters, or the stigma surrounding them, which discourage men from opening up. The lack of awareness of these issues results in a gender-based inequality that is often ignored from policymakers and healthcare systems worldwide.

The Movember Foundation is the only charity that is tackling men’s health on a global scale. Money raised for the charity funds over 1,200 global and local research and health projects that put a focus on men’s health in hopes of reducing the current gender inequality in health outcomes.

Grow a Mo, Save a Bro: Moustache Ideas for Movember Fundraising

This is perhaps the best-known campaign in Movember. Start clean-shaven on 1 November, let your moustache grow out and groom it to your preferred style during the entire November. Simple Movember moustache ideas, like the undercover brother and the businessman that require less maintenance, are great for first-timers. But it’s not all fun and games. The moustache carries the purpose of a conversation starter. It lets the participants explain why they are doing so to the people around them, fostering conversations regarding the concerned health issues and raising funds. So, of course, more elaborate styles, such as the connoisseur and handlebar, will quite simply demand the attention of those around you and get conversations going. At the end of the month, some would even auction off their moustaches.

Mo Sistas, You Can Get Involved Too

There are other ways women, children and families can get involved too, other than growing a Mo — your only limitation is your imagination.

Pick something nice and easy which everyone can get involved in, even the kids, and have a good time together while raising funds for a good cause. It can be a one-day event or a series of events throughout the month. And don’t forget to promote your event by creating an event page so everyone can help spread the word. Here are some simple Movember fundraising ideas you can host:

Alternatively, the Movember Foundation has an official walkathon that you can simply register online and take part in at your own pace. Run or walk 60 km for the 60 men we lose to suicide every hour across the world.

Not sure where to start? Head over to Movember Hong Kong’s website to learn more about the event and for more resources and tips on how you can participate and support.